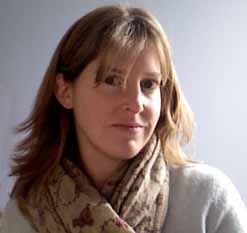 Becky Bagnell, literary agent and founder of the Lindsay Literary Agency, is a regular speaker at the Winchester Writers’ Festival. In this month’s blog post she demystifies the international book fair and explains what really takes place ‘behind closed doors’.

When I first started working in publishing I was completely intrigued and, if I am honest, slightly jealous when the senior editors and rights teams set off each year for the book fairs. Frankfurt, Bologna, Hong Kong, New Delhi, BookExpo America (BEA) – even London Book Fair (LBF) sounded glamorous.

The first I ever attended was in 1998, I was a junior editor at Macmillan and was taken along to LBF by one of the editorial directors. I must have been feeling a great deal of nervous anticipation, as I remember having bought a new outfit from Zara which had just opened its first store in the UK. Walking into the noisy Olympia main hall I felt like a fish out of water, but when my boss left me at the entrance to the exclusive international rights centre to which my pass didn’t let me have access, I realised that this was clearly the holy grail of the book world and I had absolutely no idea what went on in there.

So what are book fairs all about? In many ways the set up seems quite old fashioned; in the main exhibition space the big publishers create a mini-city with minor and major streets down which they showcase their wares in a kind of glamour contest. The big global players will be in the most prominent positions and will have the biggest, most dazzling stands, with brightly lit digital banners advertising their most successful authors. They set up a mini-reception area on a stage like platform behind which their key employees host meetings in semi-open booths so passers by, or more likely their competitors can ogle at their buzzing business in action. 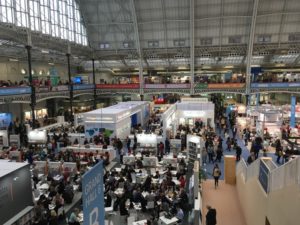 The meetings publishers shout loudest about are the buying or selling of global rights such as translation, merchandising, film and television. However, the fairs also bring together booksellers, printers, warehouses, librarians, distributors, book clubs, special sales – the list is endless.

It’s really one big networking event, where the book industry can come face-to-face with counterparts from across the globe. Often the real ‘business’ of making and accepting of offers has been going on over the months and weeks leading up to the fairs. The meetings are for sowing seeds for future sales or consolidation and celebration after deals completed in the year just past. Occasionally there will be a ‘book of the fair’, and deals are done in frenzied corners, but this is less and less often the case.

When finally I was invited across the gated threshold into the ‘International Rights Centre’ for a meeting with an American colleague, I realised it wasn’t quite how I’d anticipated. The place that held so much mystery looks just like a glorified exam hall – lots of simple desks and chairs, all mixed in with mini coat lockers and the odd potted plant. But unlike exam conditions, this was a super busy, noisy place, where meetings are scheduled every 30 minutes and so at half hourly intervals the place erupts into chaos.

Many years later, when I switched from editing to agenting and had to host meetings myself, I discovered that things were actually much calmer when you can stay put and wait for everyone to come to you.

As a children’s literary agent the key fair is in Bologna and, unlike some of the other fairs, a lot of the UK and US editors come out on more of a speculative, open trip and are keen to hear about new scripts. Although it would be much easier to meet on home turf, sometimes the trip away from all the normal demands of office life provides time to reflect on the past year’s successes and listen to new ideas.

Bologna is also particularly special because they have the wonderful Illustrators’ Wall, which everyone passes on their way into the halls. Artists and illustrators from around the world come and pin up copies of their characters and design ideas and it’s impossible to walk by without something new or original catching your eye. Of course the other upside of Bologna is that after a long day of back-to-back meetings you can retreat to the centre of the ancient city with colleagues for some culture or, more probably, delicious pasta.

So how do authors fit in to all of this? None of this would exist without authors, they are at the heart of all book fairs and yet not often present in person unless they’re the ‘super’ authors. However, after all the preliminary chit-chat is over, almost every meeting at every fair will involve a point at which the agent or rights person will pitch a book they’re trying to sell. This is the most significant point and it all stems from the moment when an author is first asked, ‘So what’s your book about?’ An author who has worked on their ‘story’ and can sum it up in a couple of succinct and pithy sentences will have planted the seed that goes on to reach out, through word of mouth (still in my opinion the most powerful sales tool) across the world.