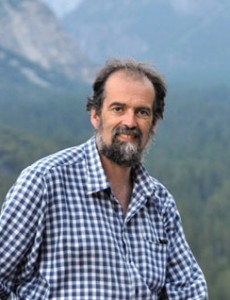 This month’s guest blog comes from John Gilbey, writer, photographer, educator and project manager at Aberystwyth University in Wales. For the past two
decades, John’s fiction and non-fiction stories have appeared in the likes of Nature, New Scientist and the Guardian. He has also given generously of his
time as a speaker at the Festival for a number of years.

I won’t be able make it to the Writers’ Festival this year, a matter of considerable regret to me, because I’ve made many good friends at Winchester. However, I might as well say some of the things I was hoping to mention if I’d managed to get there from my fastness in the Welsh hills. Some of these thoughts aren’t original, you’ll have heard the sentiments before – perhaps even from me – but that doesn’t lessen their bearing on what we all do, or should do, as writers.

Writers write. That is how you know you are a writer, because you write stuff. If you write, there is a chance you will write something good – but if you don’t write anything you’ll never know how good the stuff might have been. Don’t put writing that story off any longer, reading other folks’ blogs isn’t a substitute! Feel free to get to the bottom of this page first though…

Quality of writing varies. Good writers write bad text sometimes, while bad writers occasionally get lucky and coin something memorable. Produce enough memorable lines and you suddenly start easing your way up the literary ladder. The higher you climb, the further it is to fall – but you’ll be better at climbing, and hanging on, by then. And the more you write, the more good writing days you tend to have.

Writing takes time and effort. True, but so does everything worthwhile. If you can’t face the idea of a novel you probably shouldn’t start one – there are enough half written novels in the world already, whimpering quietly to themselves in the dark corners of stilled hard drives, without adding more waifs and strays. Try a short story, or a short-short story, to see how much you enjoy the experience. You might enjoy short-form writing so much that it becomes your format of choice anyway.

What should you write about? Anything that you care enough about that it can change your heart-rate, pupil-dilation and skin resistance. Trust me, you can tell when an author doesn’t give a damn about what happens to their characters – and if they don’t care, why should you? If you can write convincingly enough about the setting, the action or the suffering/success/seduction your characters are going through to make it seem real to the reader you are already well on the way to success.

Keep your ears open. Every day, you will overhear snippets of conversation in the street, bus or train that could make an opener for a short story. Instead of letting them slide by, note them down afterwards and think about them. What caused the comment? What happened next? What was the denouement? Once you have the catalyst of a single snatched line, you can build and embroider until you have a fully developed tale. You become a small god, with power over the lives of your characters. Enjoy, but with respect for your sources…

Be part of the Festival. You can enjoy the Festival in so many ways, recharging the creative batteries, meeting old friends or making new ones, developing new ideas and spreading the ones you really believe in or kicking back with a meal someone else has cooked and a decent glass of wine. Whatever you choose, it is time you should dedicate to yourself and to your future as a writer – so do something that will make your Festival extraordinary.