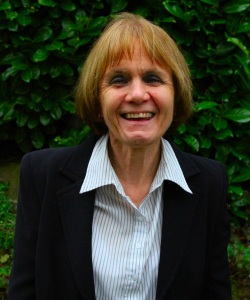 Writing, for most of us, is a solitary occupation. At some point, however, we may decide to try out our ideas, our stories or our poetry on a few trusted readers. This is a huge step; it exposes us, makes us vulnerable. Yet if a writer wishes to connect with an audience, it is a step he or she must be prepared to take.

As a creative writing tutor, I am often asked about writing groups: where to find one, mostly. But writing groups vary enormously in aims and practice and it is important to find one that is right for you.  What are you hoping for? What do you need?  Most groups offer support and mutual appreciation – a valuable confidence boost.  A few bring in guest writers to discuss an issue of craft or technique, while others are all about the writing critique – feedback on new creative work.

I’m lucky enough to belong to a fabulous writing group. We meet in the backroom of a pub to discuss each other’s work-in-progress.  The talk is appreciative, supportive, but also enquiring and interrogative. Each of us is seeking to improve the work we bring. I discover something new every time.

If you would like to join a writing group, ask at your local library or community centre. If there isn’t a group already then perhaps consider setting one up. Invite like-minded writers to join you, or simply put the word out, but first, consider the group’s purpose.  If the aim is to critique each other’s writing, then establish a few ground rules. For example, how often will you meet? Will there be a timekeeper?  Will comments be made one at a time around the table, or is the group happier with a free-for-all approach? Sometimes it helps if each participant is asked to mention one aspect that is working well, and one aspect that might be improved. Or you may decide that this is too prescriptive.

A writing group works best where trust is established and everyone understands that any critique is about the words on the page, it is NOT a judgment on the talent of the writer. An early draft is just that – work-in-progress. It helps to come with an open mind both as a writer, and as a first reader. The rewards can be wonderfully transformative!

Suggestions for the writer: