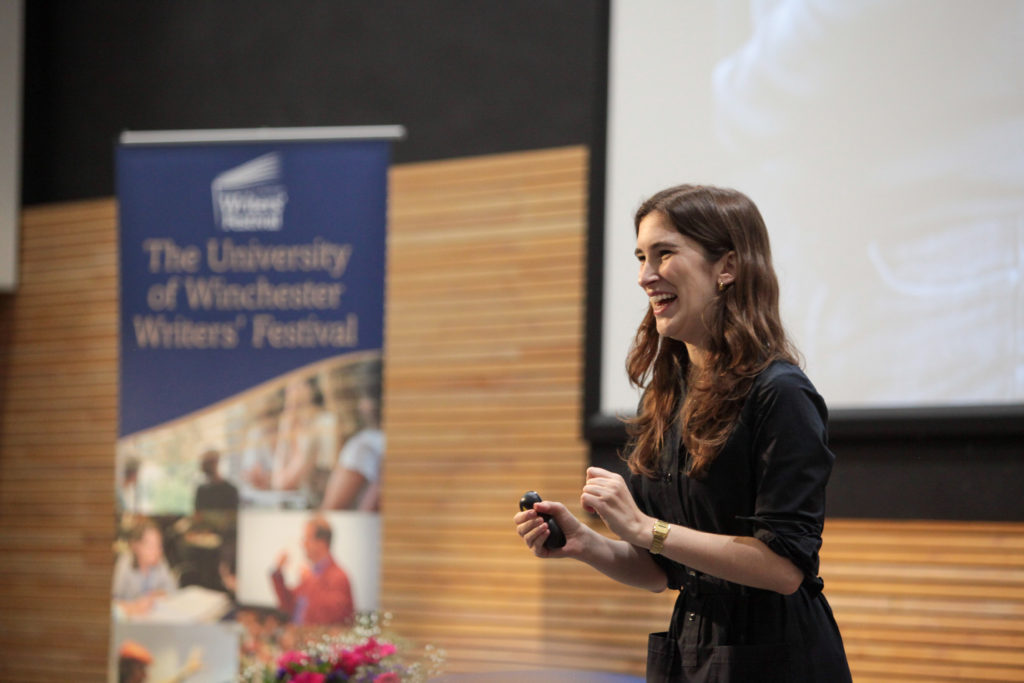 A huge ‘thank you’ to all who attended this year’s Winchester Writer’s Festival. In its 39th year, the Festival was as popular as ever, despite the changeable June weather. Over 300 delegates and 75 speakers attended in total, from all across the country and, indeed, the world, with visitors venturing out of their garrets and making their way from Australia, France, Sweden, the USA, Malta, Greece, Spain, Germany, Austria, the Netherlands, and Switzerland to meet and talk with fellow writers of all ages and stages. 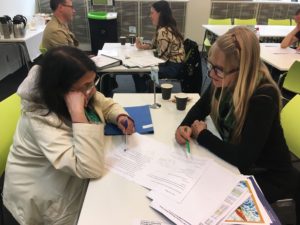 Informal introductions began in the Westgate pub on Thursday evening (with the odd glass of wine), and the Festival began in earnest on Friday morning with an eclectic mix of ten full-day courses covering subjects such as how to get a literary agent with Sarah Williams, creating emotional conflict with Adrienne Dines, fictionalising true stories with Nick Barlay and writing for teens and YA with Sarah Mussi.

There were plenty of breaks for refreshments throughout the day, including a buffet lunch in the food hall, as well as time-out for the all-important one-to-one appointments. This year delegates could choose up to four appointments, with the option of purchasing an extra one-to-one for a fee, from over 50 top literary agents, publishers and industry experts and, as always, these 15 minute sessions were inspiring, productive and attendees left feeling enthused.  We’ve already heard of at least one attendee being signed by an agent at the Festival! 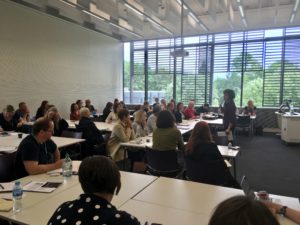 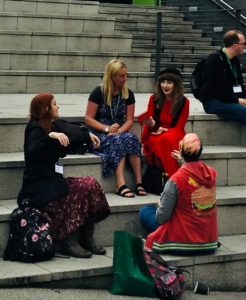 Following an American-style barbecue, there were two panel discussions to choose from: ‘Writing for Children and YA’ and ‘Salt at Twenty’, which were open to questions from the audience.

After the panel discussions, the evening’s entertainment continued with our popular Open Mic, where brave souls received a very warm and encouraging welcome. Kass Boucher acted as MC after leading an Open Mic Warm-Up earlier in the day. Hats off to all who took to the stage for their four minute readings – excellent work all round! 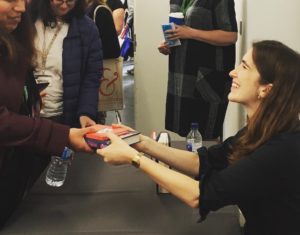 On Saturday morning, the charming Katherine Rundell delivered a hilarious and insightful keynote lecture, inspiring so many to re-read their childhood favourites with a new perspective. Katherine’s warm and open personality enchanted us all and it was a privilege to have her sign books for everyone afterwards. 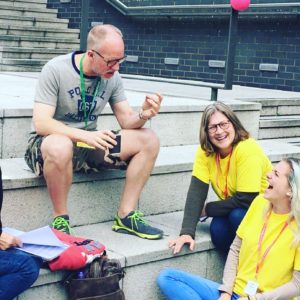 The rest of the day was packed with 24 one-hour Saturday Talks, such as ‘Embracing the Weird in Fiction’ with David Owen, ‘Twitter for Writers’ with Claire Fuller, ‘Back to the Past’ with Ally Sherrick and ‘Creating a Serial Killer’ with Linda Bennett…just a few of the diverse topics covered. 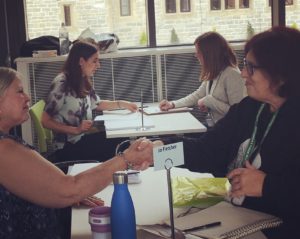 One-to-ones continued throughout the day, with the exciting news that several agents had requested further manuscripts adding to the positive buzz. 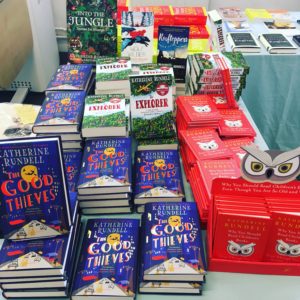 There was also a further opportunity to investigate this year’s exhibitors including the independent P&G Wells bookshop, with their well-stocked stand, Mslexia magazine, and Enchanted England’s cards and gifts. The Hampshire Writers’ Society were also present with their new itinerary of speakers for 2019-2020, as were publishers Matador and Flame Tree Press, who sold beautiful foil-covered journals. I AM in print were a new addition to the exhibitors this year, promoting their webinars and writing events. 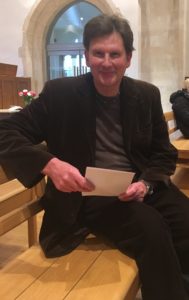 A memorial service for the late Barbara large MBE, who sadly died earlier this year, was held on Saturday evening in the University chapel at 6pm. Open to the public, it was heart-warming to hear so many of Barbara’s friends, colleagues and students reflect on her infectious passion for writing, as well as her spark for life, generous spirit and her refusal to take ‘no’ for an answer! An intimate and uplifting reflection on a well-loved lady. 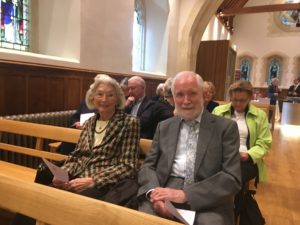 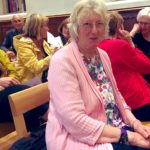 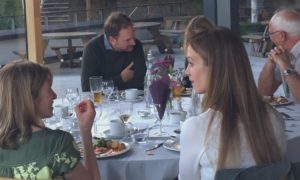 Dinner was most welcome after another long and productive day, after which autographed books donated by authors attending the Festival were raffled.  Following dinner, Simon Hall moderated another popular open mic session, open only to attendees. 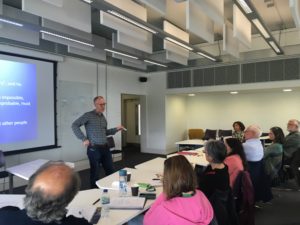 With a break from one-to-one appointments, Sunday was a more relaxed day with a choice of six workshops. Delegates chose from ‘Turning Life into Writing’ with Paul Dodgson, ‘Writing Workout’ with Judith Heneghan, ‘The Entrepreneurial Author’ with Melissa Addey, ‘The Dark Arts of Crime Writing’ with Simon Hall and poetry with Carrie Etter. 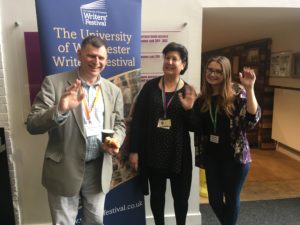 Once again, the Winchester Writers’ Festival was a weekend of new beginnings, old friendships and loads of inspiration and support. All who take part in the Festival, from the speakers to the delegates, the Festival director to the volunteers, play an integral part in the success of the Festival and we would like to say a resounding and heart-felt ‘thank you’ to everyone who was involved in the event.

With our best wishes,

Sara Gangai and the Festival team