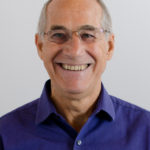 Dai self-published his first book B Positive! in 2010 which received excellent reviews. His passion for regularly visiting the Old Bailey visitors’ Gallery resulted in him self-publishing his first crime novel, Blazing Obsession, in 2014, which won several awards and received rave reviews. His equally acclaimed second book in the DCI Flood series, Reckless Obsession, was published in 2018 and he is currently working on the final novel in the trilogy which he hopes to launch in 2021. Dai is a great supporter of the Winchester Writers’ Festival having attended for the past thirteen years.

Whether you’re an accomplished writer or, as I was in 2006, a complete rookie, the annual Winchester Writers’ Festival is an A to Z guide to publishing. From honing your writing skills to learning how to steer your precious words to success. I’ve attended every Festival since starting out as a writer and discovered so much. From learning the difference between third person point of view and an omniscient narrator, to writing stunning synopses, composing compelling covering letters to agents and how to avoid the slush pile. All this and more from first-class tutors at the top of their game. Other seminars taught me how to write killer first paragraphs, create memorable characters and how to enhance emotional conflict. There was even a course on handling rejection, something everyone’s experienced, I’m sure.

But the Festival is so much more that attending seminars. Where else can you meet editors and publishers on a one-to-one basis to discuss your work? And who knows, maybe get a publishing deal. Despite the fact that critiques can occasionally seem brutal, constructive feedback from professionals is a vital link to enhancing your writing. I know a number of authors who have been signed up on the strength of their  submissions. At past Festivals, the organisers, ever mindful of the effects of a difficult review, have offered the opportunity to discuss the feedback with a counsellor.  A splendid idea!’

Another aspect of the Writers’ Festival is the competitions. Not only is it another chance to receive that all-important feedback but is also another potential launch pad. Winning one of these prestigious competitions has opened the door to publication for many entrants. The award has become a badge of honour and carries significant weight when included in covering letters to agents and publishers. There are no competitions in 2019 but I hope they will be re- introduced next year.

I don’t know anywhere else locally where you can rub shoulders with icons of the literary world. The speakers are top drawer. People like Carol Duffy, the Poet  Laureate, Terry Pratchett, Julian Fellows and Robert Goddard. I’m always inspired by them, not just from their keynote speech but, as a humble delegate, having the good fortune to meet many of them. Each one I’ve met has been generous in their support and encouragement.

The late, much-missed, Barbara Large, who initiated the festival over thirty years ago, once asked me to get a cup of tea for Carole Duffy as she was busy introducing her to other guests. When I returned with the cup, (milk and one sugar), Ms Duffy took time out to ask about my writing. I’m not a big fan of poetry but in that short time, I learnt that the creative input is much the same.

One year, I took a stand at the Festival to promote my first self-published crime novel, Blazing Obsession. Next to me, Terry Pratchett had a stand where people queuing to have their books signed stretched around the block. In between signings, he chatted to me about his experiences as an author and urged me to keep writing. I asked him how many books he’d sold. He said, ‘Oh, I think it’s up to around sixty-three million at the last count.’ I didn’t like to tell him that at this early stage of my writing career, I was pleased to have just topped five hundred!

Tips and Tricks from those in the know…

As a crime writer, I love Robert Goddard’s thrillers. I had a one-to-one session with him at one of the Festivals and became fascinated with his approach. He is the consummate planner. He told me that his outlines ran to 20-30,000 words. He knew, before commencing his first draft, precisely the content of the final page. He also told me that he’d tried to retire. It lasted three months. He said he could never relax – his head kept coming up with new ideas. I empathised with him completely.

Where else could I have received such a priceless education? It has given me a unique insight to realising the achievements of these literary five-star giants.

When I buy my diary at the beginning of each year, my first job is to ink in the third week in June, ‘Winchester Writers Festival.’ I consider myself fortunate to have such a superb resource on my doorstep.